Technology has come a long way in a short amount of time, and today, people can use new ideas to change the way things work. In the digital ecosystem, there are loads of innovations that make ideas like the Metaverse a potential reality. While it is still in its early days, the Metaverse is developing quickly.

Like many things at the cutting edge of technology, there are many ideas about what the Metaverse could be. Most people see the Metaverse as growing into a fully connected series of platforms that use Virtual Reality (VR) and Augmented Reality (AR) to operate. People can interact with others in the space, and live a virtual life.

While it isn’t a core technology in the Metaverse, blockchain is a vital part of the next phase of online development. We have already seen how popular cryptos and NFTs are, and all of these technologies can be used in the Metaverse. While VR and AR make the Metaverse ‘real’, cryptos allow people to bring real world value to the digital ecosystem.

Decentralized technology makes it simple to bring new ideas to the Metaverse. Technology like a DAO, or other decentralized architecture, let people form groups, even if they are spread over the entire planet. People can vote, share capital, and more with decentralized blockchain technology.

Let’s take a look at smart contracts in Metaverse development.

What is a Smart Contract All About?

A smart contract in Metaverse terms is the same as any smart contract, but it operates in a Metaverse platform. It could be used to mint an NFT, or be a part of a DAO’s structure. In many cases, there are existing platforms that make it simple to create smart contracts, and this technology could extend to the Metaverse.

The reason a smart contract operates is because of blockchain technology. Although not all blockchains support smart contracts, many do, and can operate seamlessly with Metaverse platform if the designers want to include smart contract functionality.

Does the Metaverse Need Smart Contracts?

The Metaverse is the real world in a digital space. Because we have virtual assets, like cryptos, there is a way for people in the Metaverse to trade with each other. By using their avatars, people can make connections, and do almost anything that would be possible anywhere else. That is why smart contracts are so useful in the Metaverse.

A smart contract, as such, is a derivative. Said simply, smart contracts derive their value based on the assets, or other actions, that are written into the smart contract. In some cases, this could be a transaction, and in others, it could cover voting power in a DAO.

In fact, a smart contract can be used in the Metaverse to accomplish many things. It could be made to sell NFTs at a given price, so a creator can sell their creations automatically. A smart contract makes sure that the rules are followed, and once it has been created on the blockchain, no further work is required. In this example, the smart contract can also ensure that the creator is paid royalties, and this will happen no matter what.

With the existing smart contract functionality of blockchains like Ethereum, Solana, and others, Metaverse developers can make their platforms do almost anything, and operate with existing blockchains that are already popular in the Metaverse.

Part of the problems developers face emerge from the Web1 design paradigm. Web1 was all about viewing information, and not much else. Users weren’t in an interactive environment, and the technology of Web1 was about access to information, not interaction with the online assets.

In some ways Web2 came along to deal with the limitations inherent in Web1. People can interact with platforms like Social Media, but all of the platforms were owned by massive companies that also owned the user’s online data footprint.

Web3 takes it all to the next level. In the world of Web3, the online space is interactive, and users own their data. In addition, Web3 gives people the ability to own online assets, like crypto and NFTs. Smart contracts make this possible, which is why they are a big part of Metaverse development.

Smart contracts can be used in a centralized Metaverse structure, or a decentralized one. This advantage will become more important as Metaverse design evolves, and both types grow into global digital ecosystems.

Some of the biggest tech companies on the planet are working on centralized Metaverse platforms, with Facebook’s Meta existing as a prime example. In this model, a single company acts as the authority of the platform, and has control over what happens. While the platform itself is centralized, if the platform wants to attract Web3 users, it would need to create a gateway for decentralized assets, like NFTs.

The best way to create a gateway, or connection between two systems is smart contracts. If a platform like Meta is fully gated, and doesn’t allow the use of decentralized assets, it would severely limit its level of interest to people who demand to have control over their online assets. While these mega-tech companies may insist on control at the outset of the design process, market forces may push them to open up to decentralization over time.

The Metaverse should be decentralized if it uses Web3 design ideas. The back end of the Metaverse should use open-source architecture, so that the development community offers open access to new ideas. All of the platforms would be connected, and assets could flow easily between platforms.

Smart Contracts as The Key

There is no doubt that a wide range of Metaverse platforms will be developed, both centralized and decentralized. In both cases, smart contracts will be used for a range of applications. As we have seen, blockchain technology enables Web3 to become a reality, and with these new opportunities, a revolutionary design paradigm is growing stronger. One of its fruits will be the Metaverse. 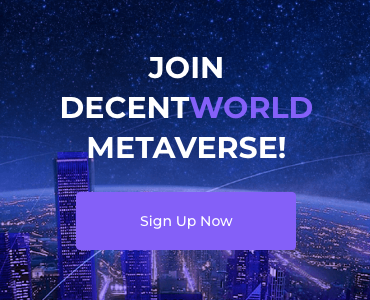 DecentWorld on Creating a World with a Clear Long-Term Vision

Advertising In the Metaverse - All You Need To Know

The Metaverse is Here Forever: Here Are Six Reasons Why